Disney’s Holiday Movie: The Nutcracker and the Four Realms 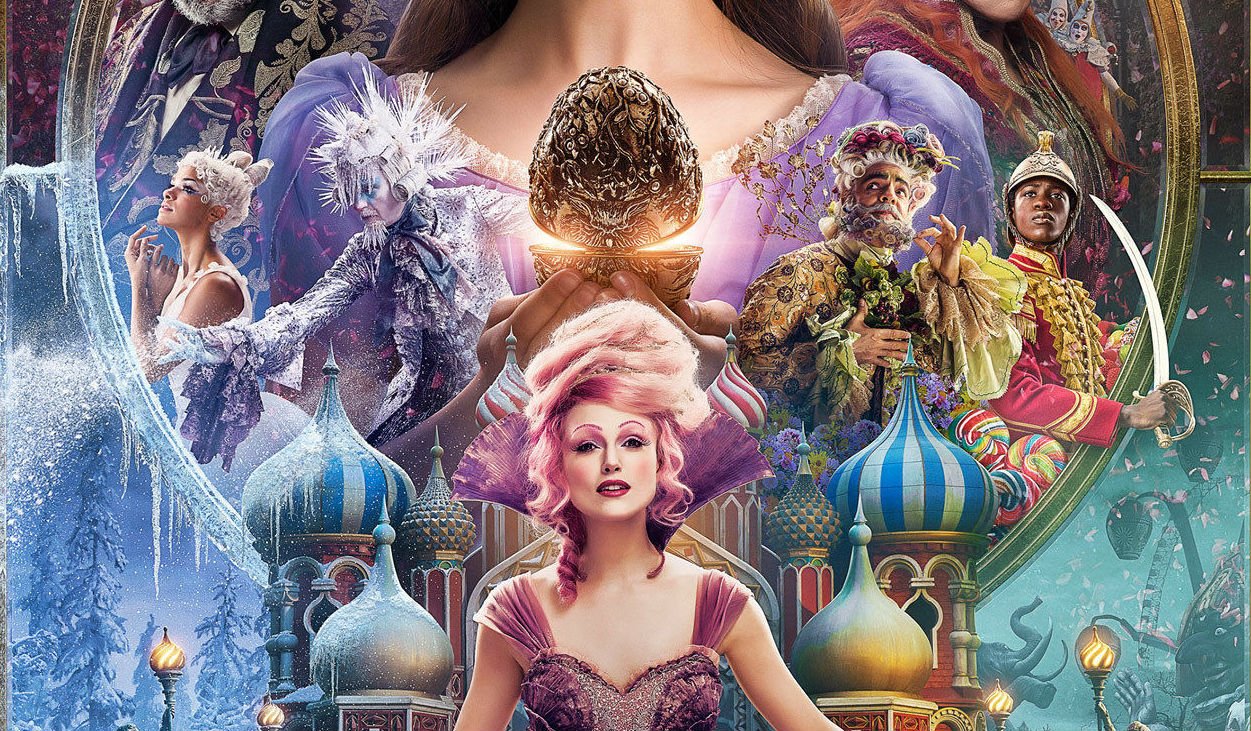 The Nutcracker and the Four Realms

This holiday season, Disney is giving not only its die-hard fans a treat but also providing all the ballet lovers out there a unique experience at the movie theaters. The Nutcracker and the Four Realms comes to cinema screens on November 2, 2018 and is sure to attract a broad audience. It is inspired by the classic tale by E.T.A. Hoffmann – the same story that has been so ingrained in the ballet culture for decades – but definitely contains some creative twists that one is not necessarily accustomed to seeing on the live stage.

For starters, as the title suggests there exists a concept of there being four realms created by Clara’s (Mackenzie Foy) mother – three beautiful Land of Snowflakes, Land of Flowers and Land of Sweets and a fourth less enchanting one led by Mother Ginger (Helen Mirren) who seems to be the malevolent of the movie (typically, the only “bad guy” in the ballet is the Mouse King). This in itself may cause a startle to many who often associate Mother Ginger as a comical character played by a man; but I’m pretty sure that not many will complain about seeing a movie where Mirren is the antagonist. Also veering from the classic, the present that Clara covets most by her godfather Drosselmeyer (Morgan Freeman) does not end up being a wooden Nutcracker doll but rather a key which opens a box that resides in the aforementioned gloomy fourth realm. This is where the adventure lies.

Below is the official teaser trailer that Disney published last December. The soundtrack in itself is anomalous as the traditionally sweet, twinkly sound of Tchaikovsky’s Sugar Plum Fairy suite morphs into an ominous version thunderous and cinematic as one has come to associate with a Disney score. James Newton Howard’s creation is played by The Philharmonia Orchestra in London, featuring Lang Lang on the piano, and conducted by Gustavo Dudamel.

The Nutcracker and the Four Realms Trailer

This article is derived from a press release or other reliable information provided by the cited source above. Opinions expressed are not of The Ballet Herald.